The world's most expensive SUV. 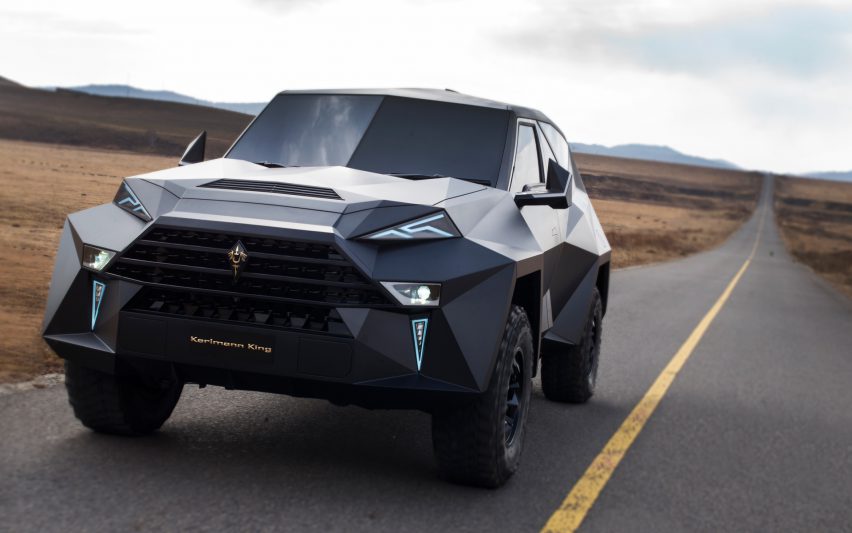 If you thought the Lamborghini Urus was extravagant, check this out. It’s called the Karlmann King, and judging by the advert (see below), the target market is… not you.

Unless, that is, you regularly bathe in oil money, own four wives, four palaces, and simply LOVE Batman’s Batmobile. Actually, it’s only a four seater, so make that three wives. Although, I suppose, one could fit in the boot.

Keep them safe with bulletproofing, which comes optional. Bare in mind, however, that this will add an extra 2 tonnes to your already 4.5 tonne juggernaut, making it heavier than an African bush elephant.

You’d think something this massive would need a jet engine to overcome its inertia, but instead, under the hood sits a 6.8-litre V10, the very same that can be found in a Ford F-550. They’ve slightly tweaked it to produce something just shy of 400 bhp, which enables a WHOPPING top speed of… 87 mph.

Its angular exterior seems to have been inspired by some sort of stealth aircraft, which makes sense… if you’re buying a car like this, you clearly want to keep off the radar. Which is why the interior’s where it’s all at.

It comes equipped with: starlight headlining, neon lighting, a flat screen 4K TV, electric tables, air purification, a fridge, a coffee machine, a Hi-Fi sound system, a PlayStation 4, phone projection, the list goes on but we should move on to other things. The interior comes in a range of bespoke colour schemes, and all electric features can be managed via an app on the dashboard.

Production has been limited to 12 units and each one will cost—the number you’ve all been waiting for—£1.56 million, making it the world’s most expensive sports utility vehicle. Put into perspective that money could buy you nine Lamborghini Urus’, with money left over to start a small business. 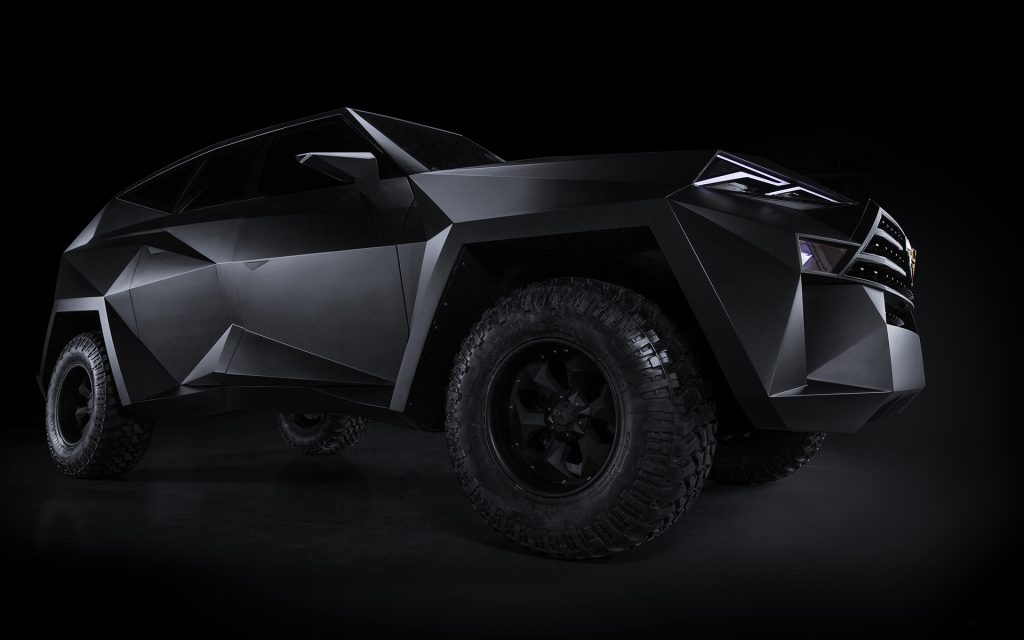 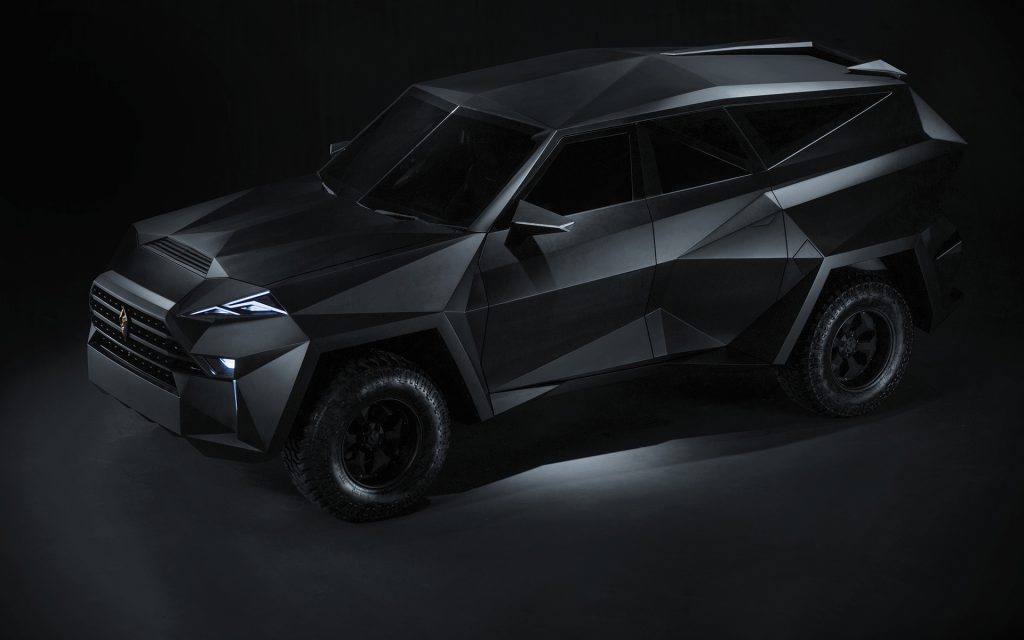 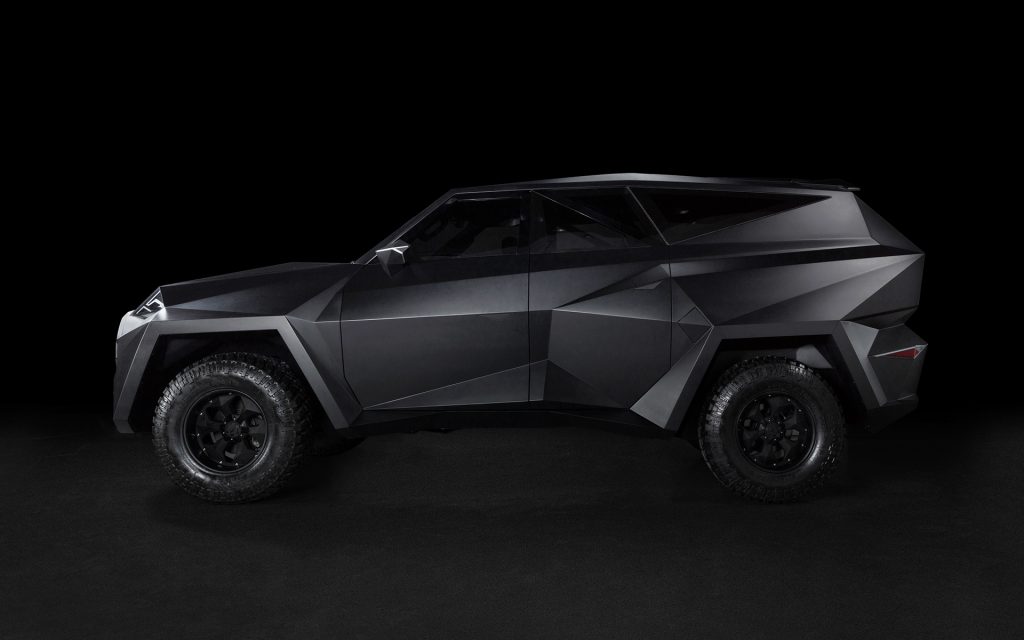 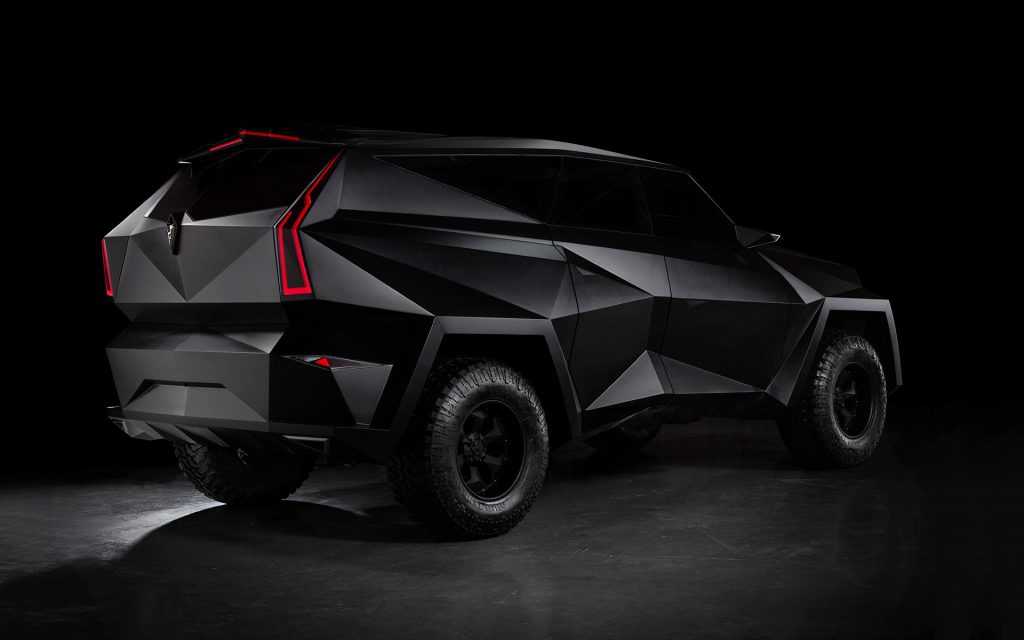 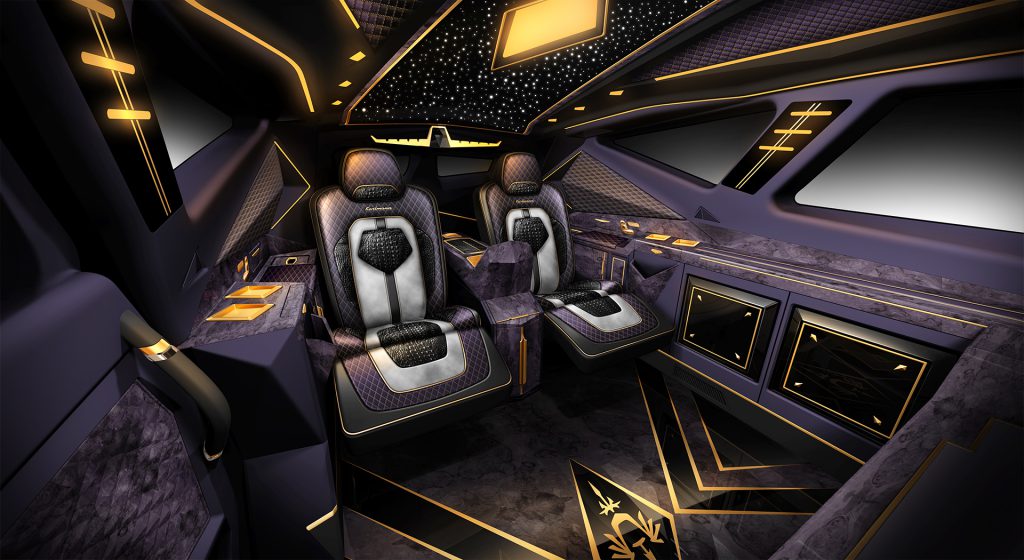 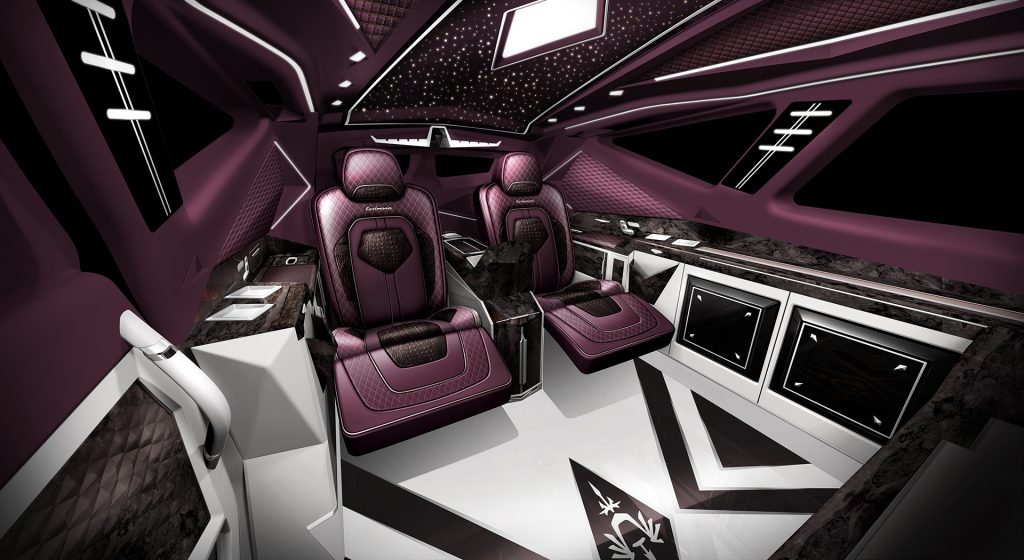 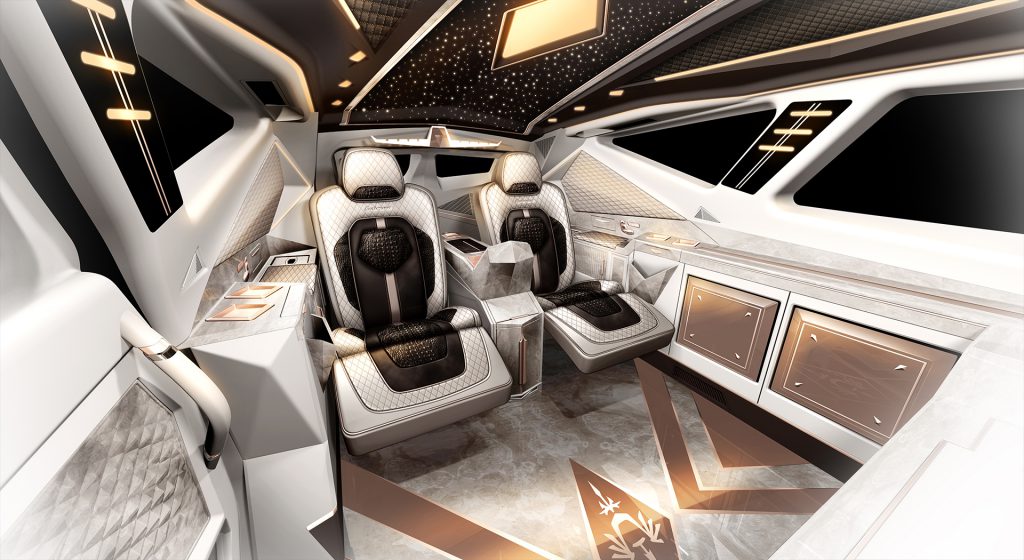 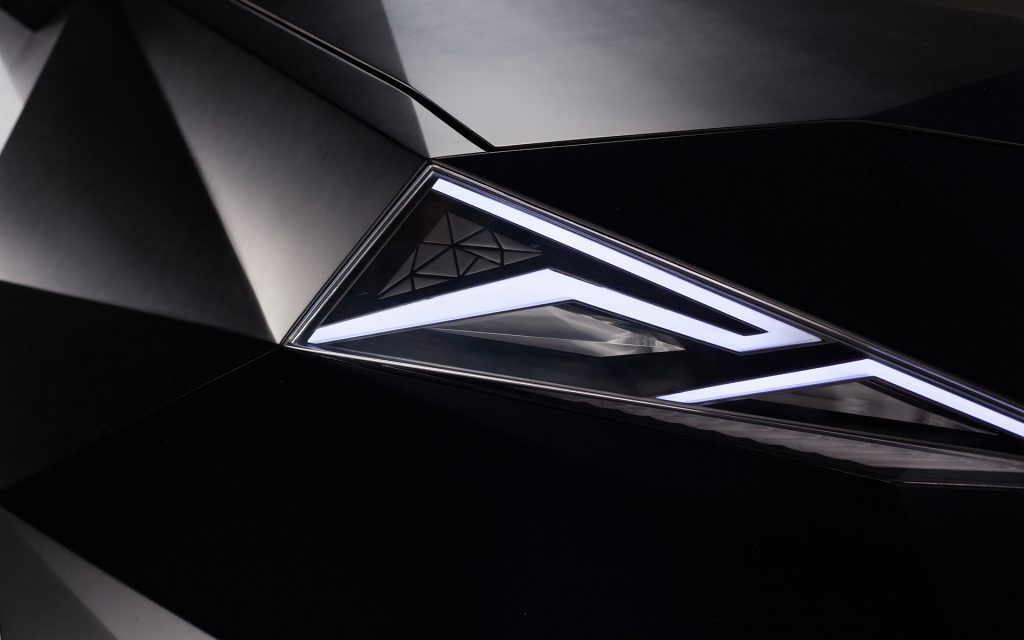 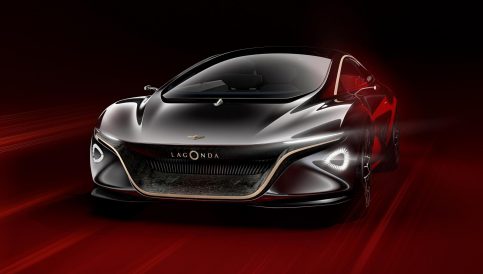 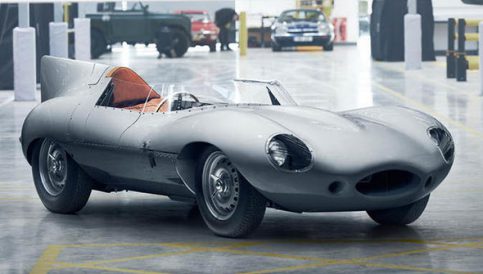 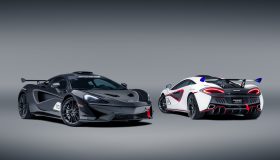 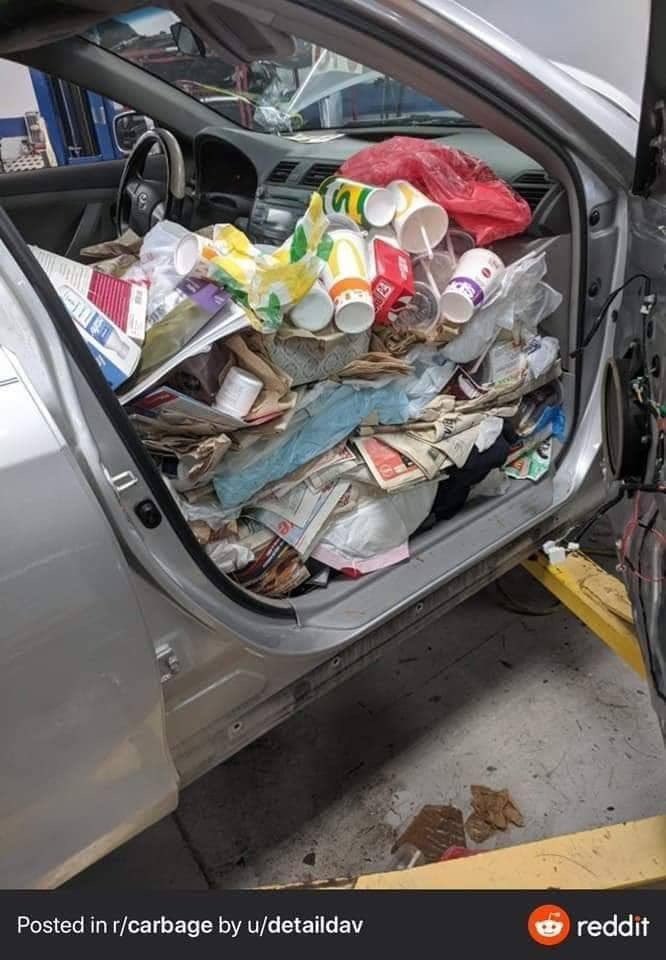 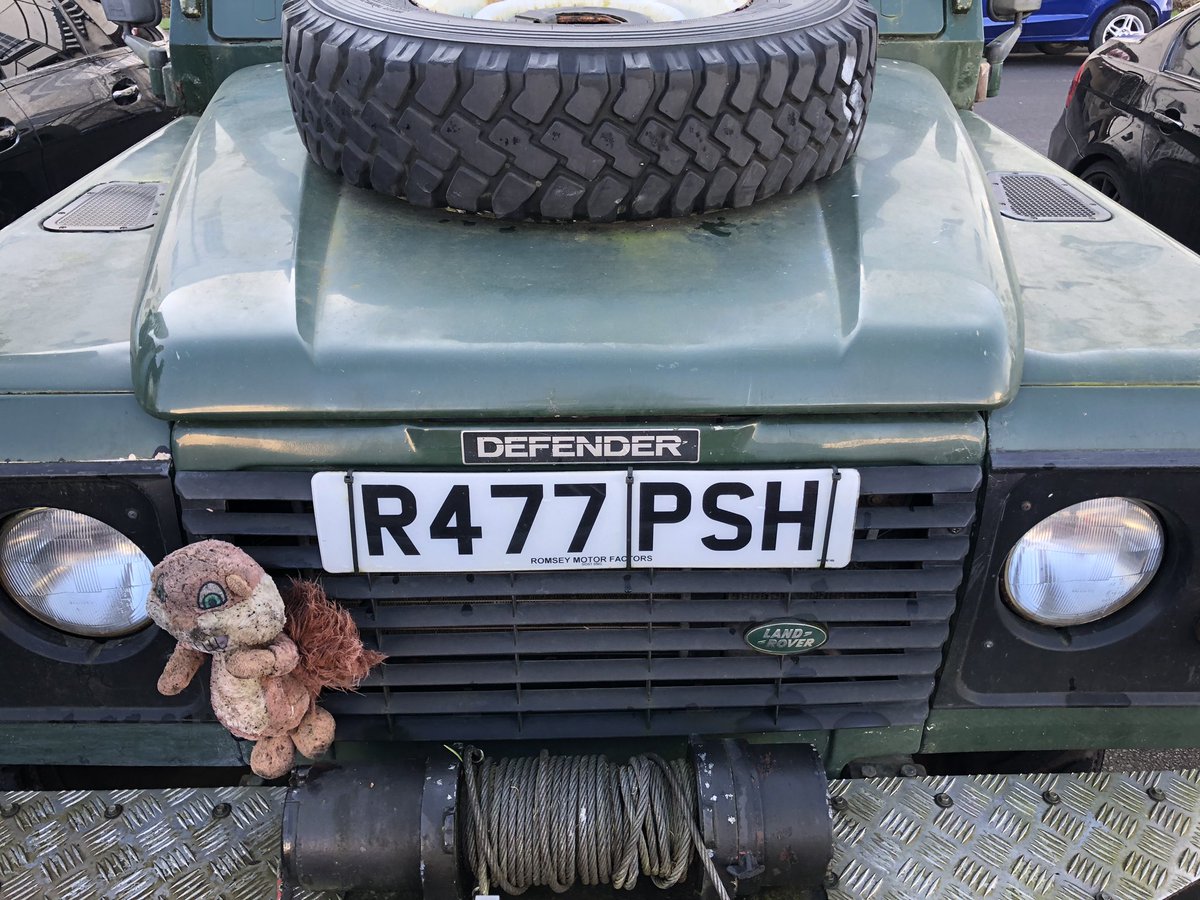